The History of HSSC

Hythe & Saltwood Sailing Club began in 1961 as Saltwood Sailing Society. The club was initially based at Cannongate, half a mile east of the Hotel Imperial, but was moved to Hythe in 1971 with the opening of the current clubhouse. This building was officially opened on 25th September 1971 by Sir Alec Rose, who is pictured below standing on the beach to the right of the then commodore C. J. Harnden. 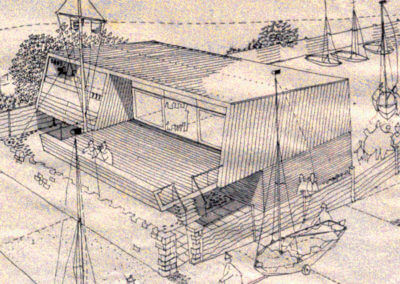 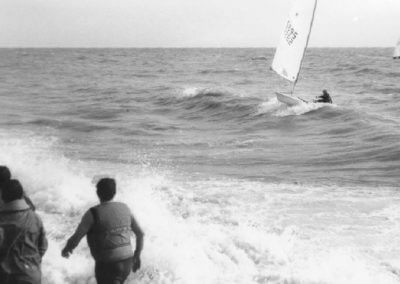 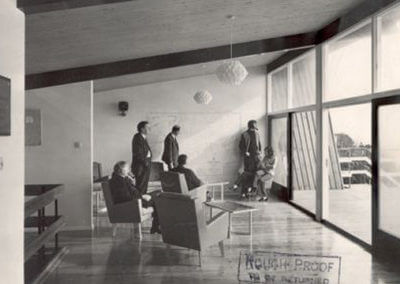 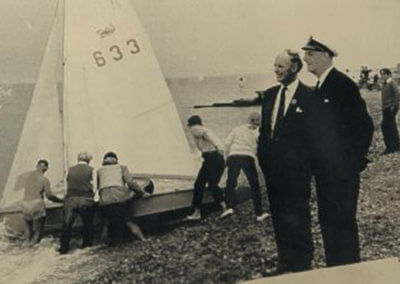 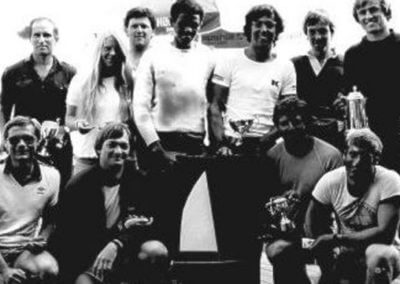 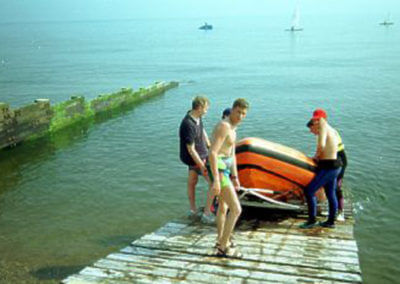 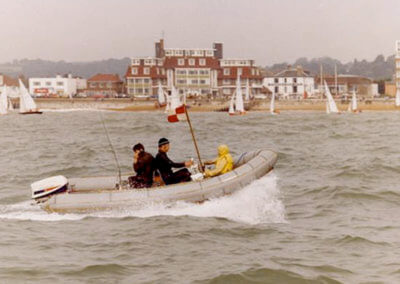 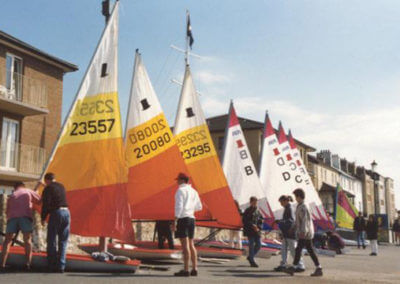 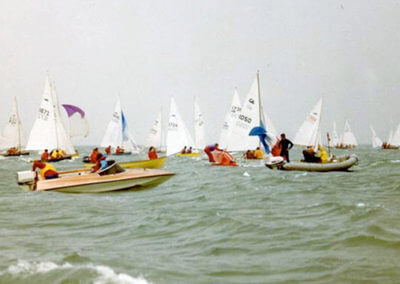